Optimum Ventures has a past producing mine located in the Golden Triangle: Golden Triangle is so named because it hosts some of the richest gold ore bodies in the world, as well as abundant silver, nickel and copper deposits.

Despite over 130 million ounces of gold having been found in the area, the tip of the surface has only been scratched.

Located in the most prolific high grade gold district. With an experienced and efficient team to bring it to production. 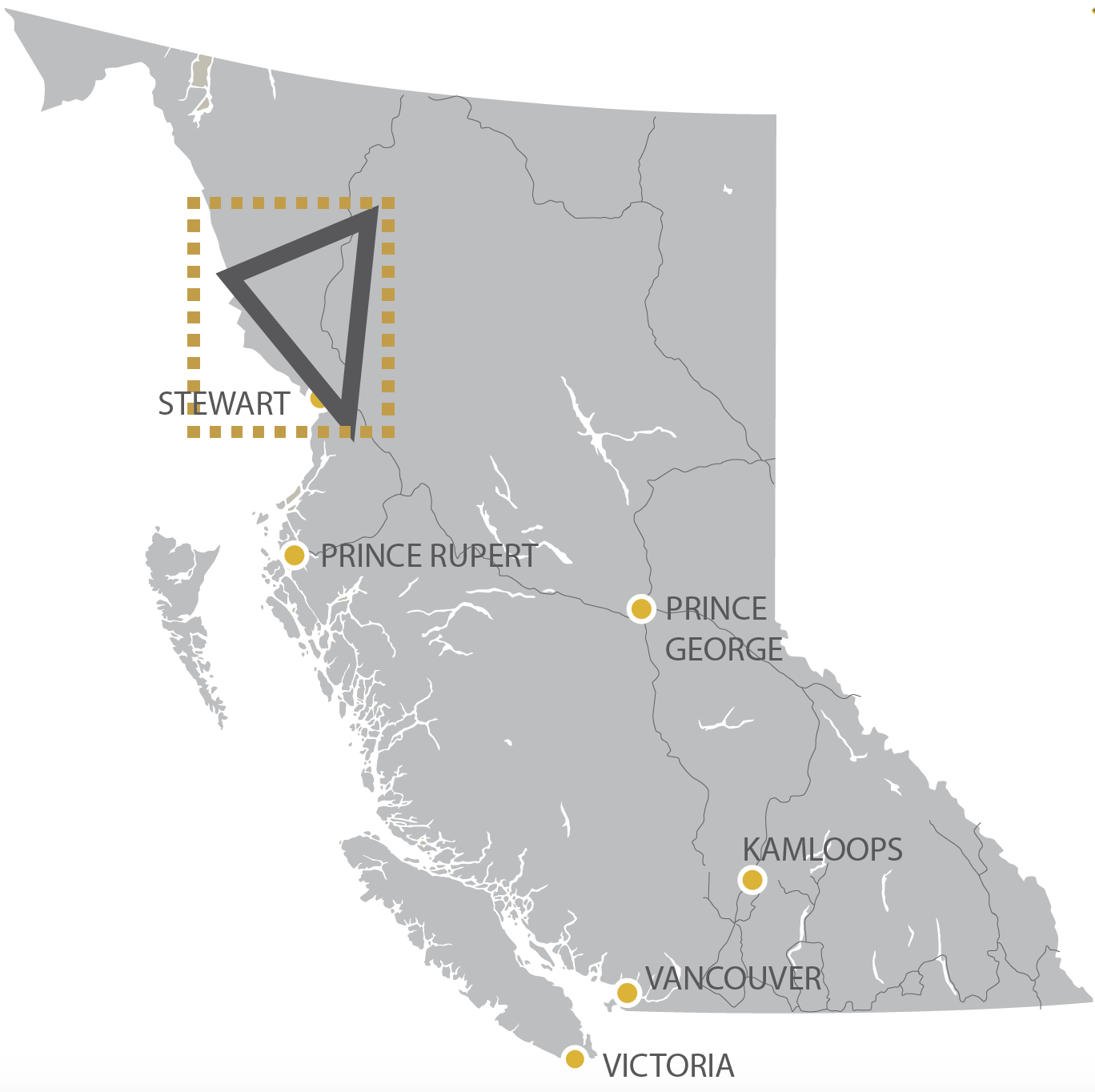 Even before Canada was officially a country, the area now known as the Golden Triangle was a hub for prospectors looking to strike it rich.In 1861, Alexander “Buck” Choquette struck gold at the confluence of the Stikine and Anuk Rivers, kickstarting the Stikine Gold Rush. More than 800 prospectors left Victoria to go to the Stikine in search of gold.A few short years later, an even more significant rush would occur just to the north in the Cassiar region – it’s where British Columbia’s biggest ever gold nugget, weighing in at 73 ounces, would be found. The Atlin Gold Rush, an offshoot of the world-famous Klondike Gold Rush, would also occur just north of the Triangle. Some of the first discovers in the Golden Triangle are as follows.

The first big discovery in the Golden Triangle was at the Premier Gold Mine, which started operations in 1918.
The company that first owned it, Premier Gold Mining Company, returned as much as 200% on the stock market between 1921 and 1923. At the time the Christian Science Monitor called it “One of the greatest silver and gold mines in the world.”

2. Snip Mine
‍
Discovered in 1964 by Cominco, the deposit stayed dormant until 1986, when it was drilled in a joint venture with Delaware Resources. Murray Pezim’s Prime Resources bought out Delaware after the stock ran from a dollar to $28 a share. The high-grade Snip mine produced approximately one million ounces of gold from 1991 until 1999 at an average gold grade of 27.5 g/t.

In 1988, after a 109 drill holes, tiny exploration companies Stikine Resources and Calpine Resources finally hit the hole they needed at Eskay Creek: 27.2 g/t Au and 30.2 g/t Ag over 208m.Eskay would go on to become Canada’s highest-grade gold mine and the world’s fifth largest silver producer, with production well in excess of 3 million ounces of gold and 160 million ounces of silver.
Grades:
Gold: 49 g/t
Silver: 2,406 g/t
Lead: 3.2%
Zinc: 5.2%

By the time it was all said and done, the stock price of Stikine Resources would go from $1 to $67, after it was bought by International Corona.

‍Why did these three rich mines shut down?

‍Despite the gold in the Triangle being extremely high grade, lower gold prices in the late 90s made the economics challenging. Meanwhile, the lack of infrastructure in this remote area of Canada meant that power, labor, and logistics costs were sky high. Both of these things have changed today, and with gold on the rise again 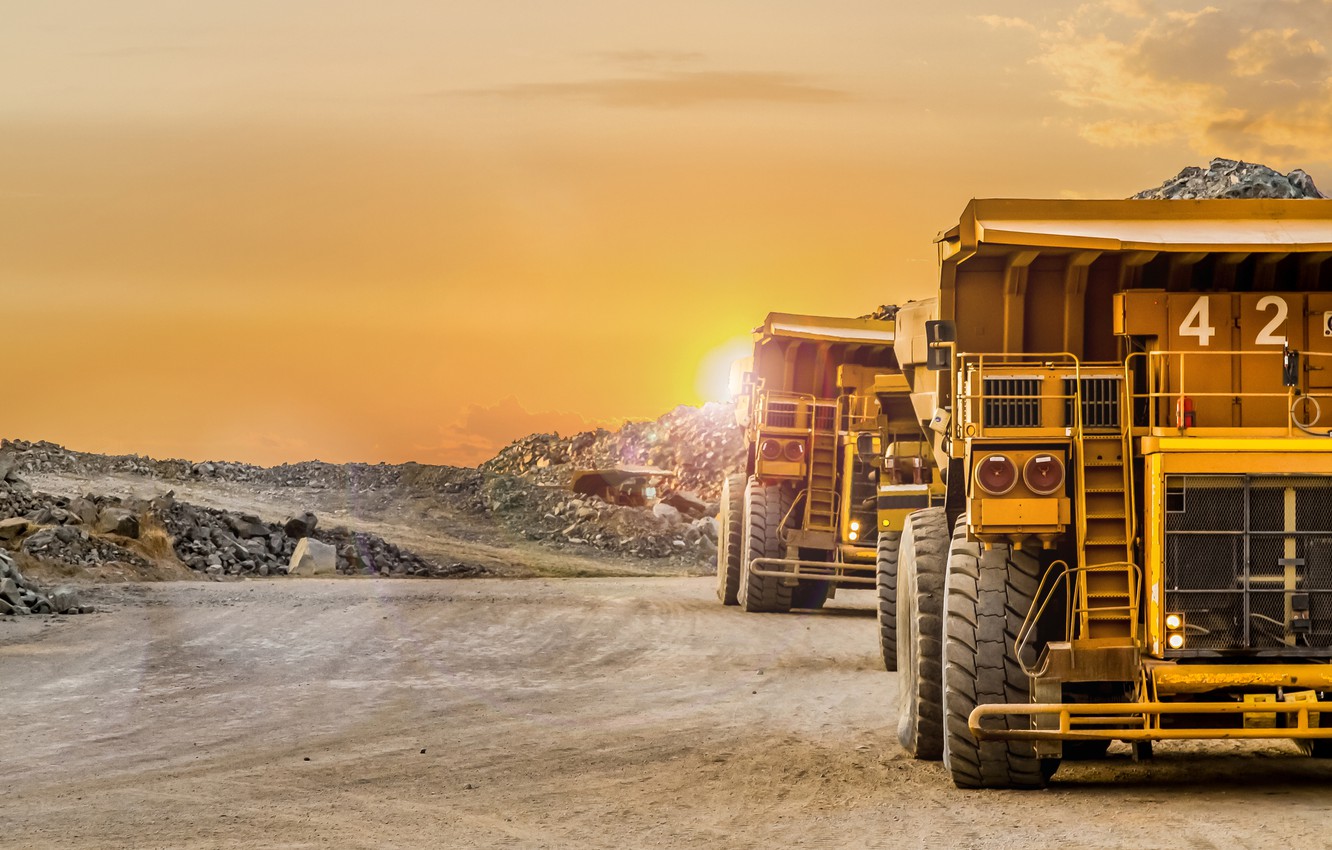 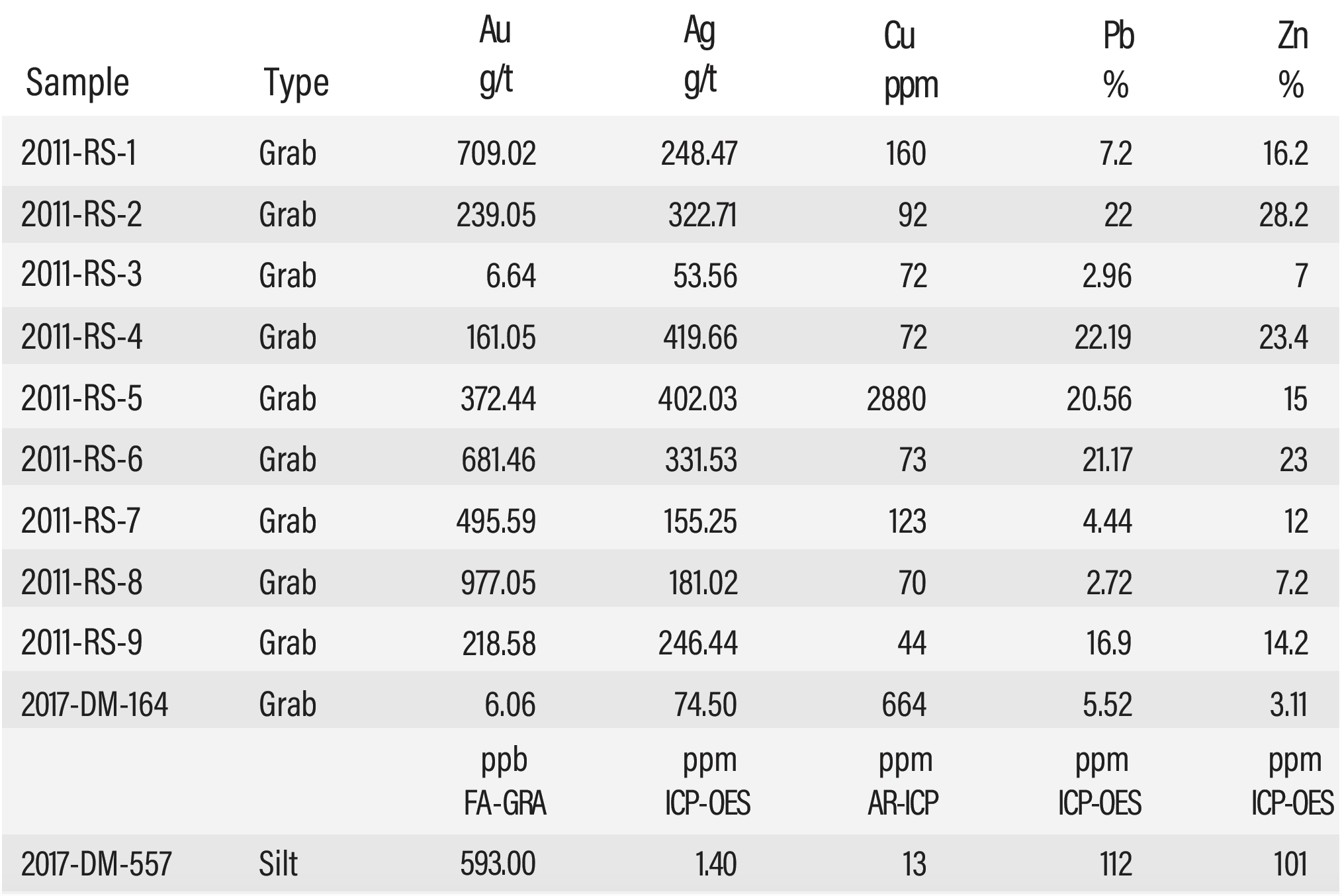 Mr. Bowering is a venture capitalist with 30 years of operational experience and leadership in mineral exploration and development worldwide. He has founded, funded, and built teams that have operated numerous companies in the pursuit of precious, base and industrial metals from early exploration through to production. Mr. Bowering is the owner and founder of Sunrise Drilling Ltd. and has owned and operated drilling companies for the past 20 years.

Mr. Kruchkowski is a geologist with over 46 years of experience in the Stewart area. He has a BSc in Geology from the University of Alberta, 1973 and is a registered professional geologist, with both APEGA and APEGBC. He has worked in most areas of Canada, Southwest US, Mexico, South America and Russia. He has been involved in numerous mineral showing and mineral deposit discoveries throughout Canada.He is involved in several publicly listed companies on the TSX Venture Exchange.

Mr. Ross has more than twenty years of corporate development and marketing for small cap to mid tier mining, oil, and gas companies. With a comprehensive network of institutional and retail relationships, Mr. Ross has planned and implemented numerous marketing campaigns. He was the Corporate Development consultant for Fission Energy and played a key role in growing investor awareness up until its major sale of asses to Denison Mines. In 2013, Mr. Ross was appointed to the Fission 3.0 Board of Directors following Fission Uranium's acquisition of Alpha Minerals.

Request access to a major gold discovery right here in BC.